Bad Bunny, Jazmine Sullivan, Tyler, the Creator, More Announced for Made in America 2022

Bad Bunny, Tyler, the Creator, Jazmine Sullivan, Lil Uzi Vert, and Burna Boy are all set to appear at this year’s Made in America Festival. They’ll take the stage in Philadelphia between September 3 and 4. Pusha T, Snoh Aalegra, and Kodak Black are also set to appear. See the full lineup below.

Bad Bunny’s headlining appearance follows his newest album Un Verano Sin Ti, which he released on short notice at the beginning of May. The album debuted atop the Billboard 200.

Tyler, the Creator is set to appear at the return of Pharrell Williams’ Something in the Water Festival in mid-June, after winning a Best Rap Album Grammy for Call Me If You Get Lost in April. Sullivan was named to Time’s list of the 100 most influential people in May. 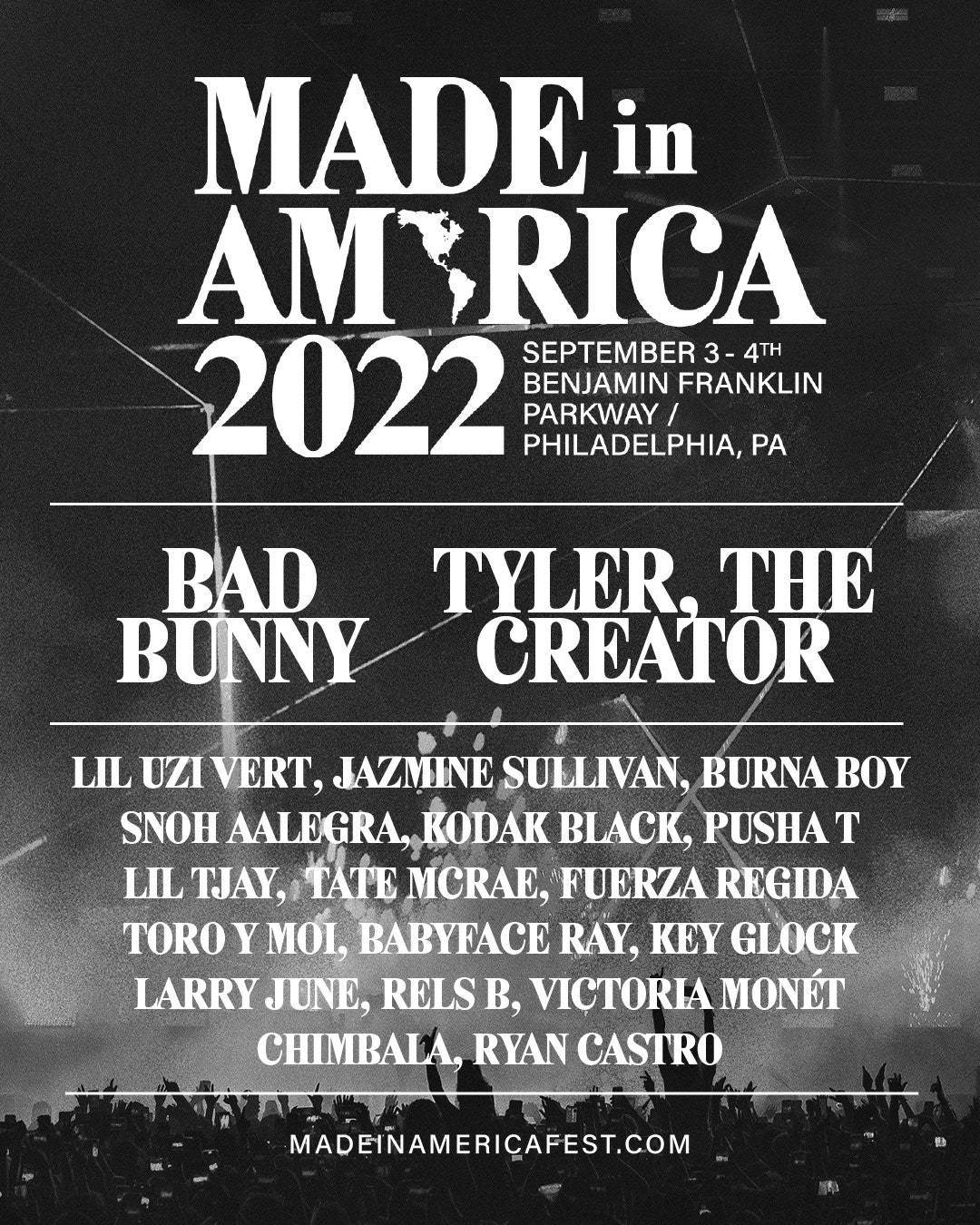 Made in America Festival 2022 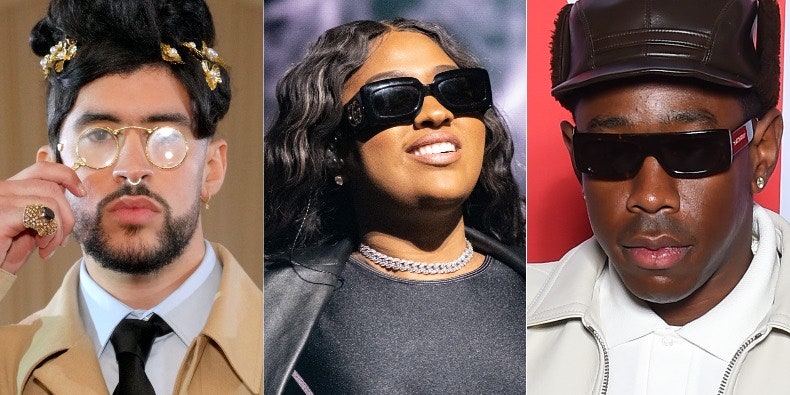