HomeMusic NewsJ. Cole Revealed as the Cover Star for NBA 2K23, Is Playable in the Game

J. Cole Revealed as the Cover Star for NBA 2K23, Is Playable in the Game

J. Cole is the cover star for NBA 2K23’s Dreamer Edition. This version of the game will be available at Gamestop in the U.S. and Canada. He will also be playable in the game’s MyCareer mode. Accompanied by fellow Dreamville artists Bas and Elite, they will help players befriend Cole. The game will be released on September 9.

“NBA 2K has long been a place to discover new musical talent through their game and continues to be a gold standard for showcasing all things basketball culture,” J. Cole said in a statement. “It’s been an amazing journey to not only appear on a cover of this year’s game, but to be part of the MyCAREER storyline, soundtrack and bring the Dreamer brand into NBA 2K.”

Earlier this year J. Cole signed to play professional basketball with the Scarborough Shooting Stars of the Canadian Elite Basketball League. On the music end, in March, Dreamville released their DJ Drama-hosted mixtape D-Day and he’s appeared on songs by Benny the Butcher, YG, and Bia. 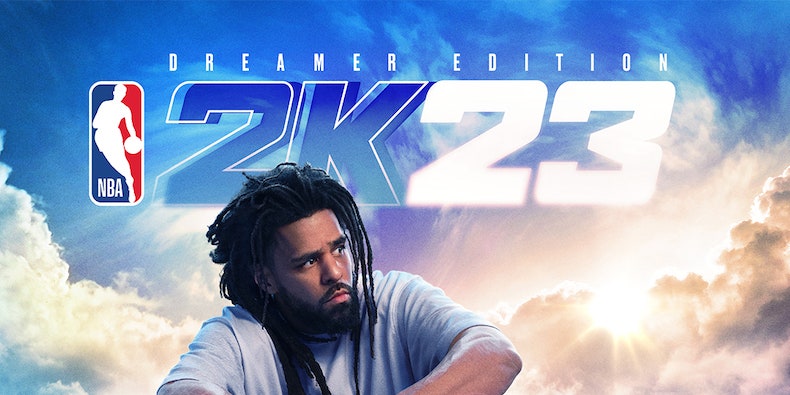