Jazmine Sullivan has joined John Legend on a new song, a track titled “Love.” It appears on Legend’s new album Legend, which is out today (September 8). Rick Ross, Saweetie, Rapsody, and Amber Mark appear elsewhere on the album. Check out “Love” below.

After releasing Heaux Tales at the beginning of 2021, Sullivan followed it with Heaux Tales, Mo’ Tales: The Deluxe earlier this year. She’s since picked up two Grammys for Heaux Tales and was named to Time’s annual list of its 100 most influential people. Legend is the first full-length from John Legend since 2020’s Bigger Love.

Read Pitchfork’s interview “Jazmine Sullivan on Shamelessness, Heaux Tales, and Her Biggest Year Yet,” and revisit the Sunday Review of John Legend’s 2004 debut Get Lifted. 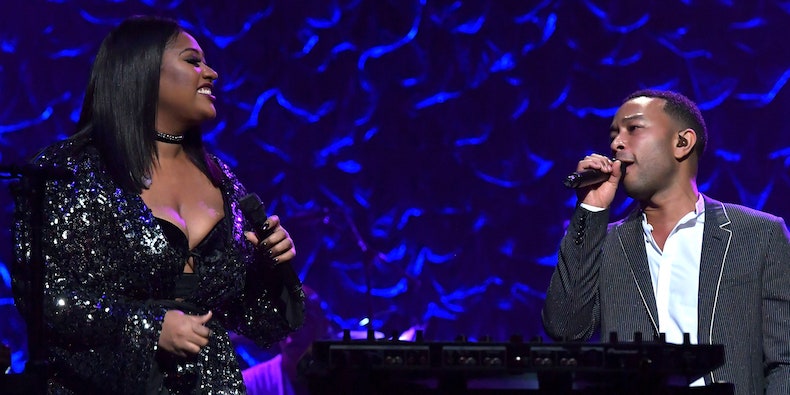