Get Right Now Willie Jones On Apple Music Now! Editors’ Notes With the 2019 release of his breakout single “Bachelorettes on Broadway,” country singer-songwriter Willie Jones announced himself as an artist to watch. Invoking country tropes and playfully eschewing genre, the track gave a good-natured wink and tip of the hat to Nashville’s teeming bachelorette scene.

On his debut album Right Now, Jones delivers a 10-song set similar in spirit to “Bachelorettes” but with a more eclectic array of sounds. Opener “Country Soul” serves up Jones’ origin story, nodding to his Shreveport, Louisiana, roots as well as his penchant for blending Southern musical traditions. “Trainwreck” brings together banjo rolls and hip-hop beats, making for one of several positive, party-ready anthems on Right Now. “I think that’s what a lot of my music represents, you know what I’m saying?” Jones tells Apple Music. “Just good vibes and just living life.” Yet “American Dream,” arguably the album’s strongest track, serves as acute social commentary as Jones plainly and powerfully situates himself as a Black man in love with a country that does not always love him back: “We’ve come a long way/Still got a long way to go/When you’re living as a Black man, it’s a different kinda ‘merican dream.” Below, Jones tells Apple Music about the inspiration behind the songs that make up Right Now. 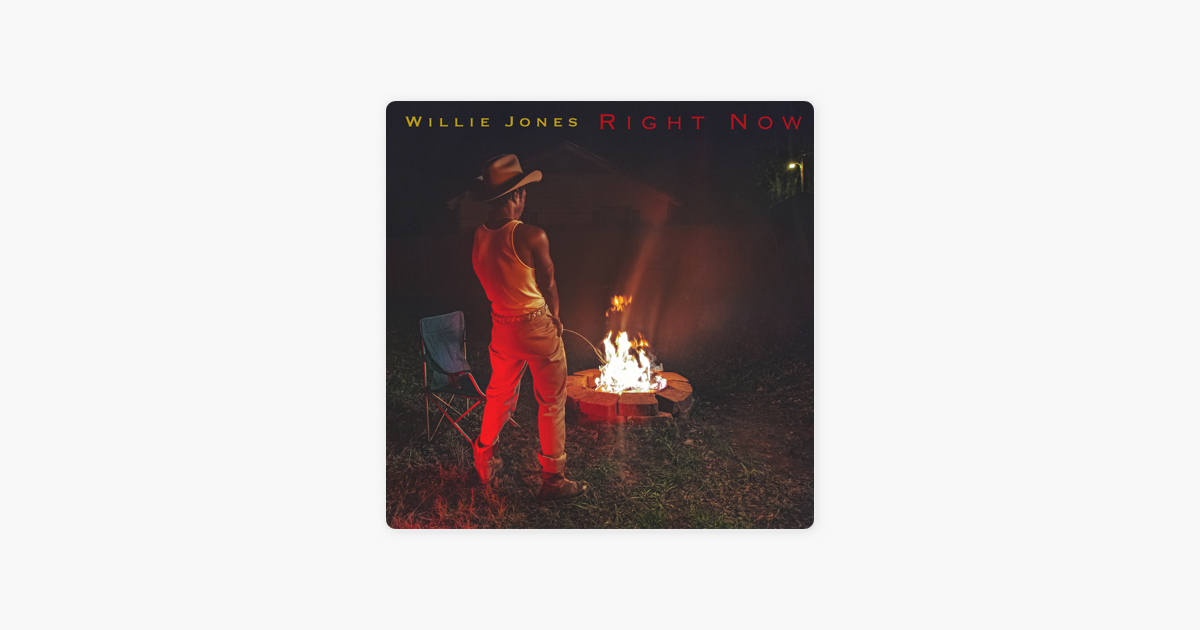 Country Soul
“That one was kind of recycled—it was some old lyrics that I had written a few years ago. I was in a studio with my cousin Mike Todd; we was just cooking up and just trying to really just have that autobiographical track. We made it and we had a different chorus, and fast-forward, I was in Nashville with a couple writers. They had these chords that were just going and the melody came first for the chorus and we just wanted to tell a story about music. So we just went on and wrote that, and then I was like, ‘Yo, I have verses for this that I can just recycle and just bring back.’ It came out of nowhere and it was the same key and everything. So we just stuck that there and built this beautiful song that, I feel like, is a statement for who I am.”

Back Porch
“‘Back Porch’ I did out in Nashville, and funny enough, the night before I was staying at a friend’s house and he had a dope back porch and I was just chilling back there just, you know, just vibing out. The next day, I got in the session and it was pretty much the same thing—a lot of the songs come when we run through tracks. And I was just talking about my day before, and we crafted a feel-good song that encapsulated that feeling of just chilling at home. Releasing it, too, was really dope, because it came at a time of everybody being quarantined in their house and couldn’t go nowhere. So it was like, ‘Let’s go to the back porch and just vibe out.'”

Bachelorettes on Broadway
“‘Bachelorettes on Broadway’ is a song that just needed to be written for Nashville. And in moving back and forth from Nashville to LA, every time I would come to Nashville, I would see these crazy bachelorette parties going down. But that song is definitely one that people rock with. And it’s meant a lot for my career to know that people want to hear or enjoy listening to my music. And, I mean, the numbers of that one definitely showed it.”

Down for It
“‘Down for It’ was one that came about because I always say, ‘I’m down for it.’ And I’m just one that’s, like, always down to do things, just to have a good time and really commit to whatever it is that I’m getting into. And at the time I was in a relationship, and it was just one that I just wrote to express how I felt.”

American Dream
“I’ve always heard those patriotic, anthemic songs that country artists would do, you know what I’m saying? Repping America. And I was like, ‘What does a song sound like when I’m repping where I’m from, but not ignoring the truth and the injustices that my people endure? But still motivating and rocking with America?’ I mean, when I was finished writing it, I was like, ‘Wow, this is one that’s definitely going to inspire.’ In country music, I haven’t heard anything like it, and I just really challenged myself writing it. I just praise God that I can use my gifts, use my voice to throw a message, you know?”

Right Now
“It’s just a party song, just about being in that moment of wherever you are. I’m one that always is trying to get the party started and just have a good time. And I think that’s what a lot of my music represents, you know what I’m saying? Just good vibes and just living life. And right now is the only moment we have. I just wanted to keep that message throughout the whole project.”

Trainwreck
“I was in the studio with Mark Batson out in LA, and we heard that [opening] banjo and the melody came in. We wanted to tell the story about just going through it, and that first line, ‘I keep shutting down every honky-tonk,’ that’s really where this story just built from there. We told a story about a lonely manager at a bar just trying to get through it.”

Drank Too Much
“With that one we had the guitar first. And I was like, ‘Yo, we got to make some kind of sexy club vibe.’ I’m really inspired by the music of the early-2000s pop. And yeah, we got in there and told a story about a dude who needed some liquid courage to get his night going.”

Whole Lotta Love
“I wanted a bluesy, kind of Southern-blues-sounding track. And I remember hearing that walk-up in the chorus. Living in LA, and struggling being a starving artist and trying to get everything off the ground, I’m already knowing how that feels. But beyond not having all the money in the world and riches or whatever, I definitely just got a big heart, and I wanted to express that on the song.”

Actions
“I wanted to end on a softer note. And the truth about it, even though it’s a love song, is that’s the truth about everything in life. You got to start with your actions, and I wanted to end the album on that. I wrote that one solo. And I was going through something and I just had to get that out. And I think that’s also one that people definitely can just relate to and feel me on.”