Carly Simon has been inducted into the Rock & Roll Hall of Fame as part of its class of 2022. The songwriter was originally scheduled to perform at the awards ceremony Saturday night (November 5), but was unable to attend the ceremony due to the recent death of her sisters. The show continued in her absence, with Sara Bareilles reading an acceptance letter written by Simon, and Olivia Rodrigo performing Simon’s hit “You’re So Vain.” Watch it happen below.

During her induction speech, Bareilles described Simon’s “fierce intelligence, soulful honesty and vulnerability,” as The Los Angeles Times reports. She added: “The elegance of her melodies speaks to the complexity of the emotions and experiences she writes.”

Taylor Swift also made a brief appearance in a video montage celebrating Simon, where, according to Billboard, she described “You’re So Vain” as “the best song that’s ever been written.” “That is the best way anyone has addressed a breakup, it’s amazing,” she reportedly said.

Follow all of Pitchfork’s coverage of the 2022 Rock & Roll Hall of Fame induction ceremony. 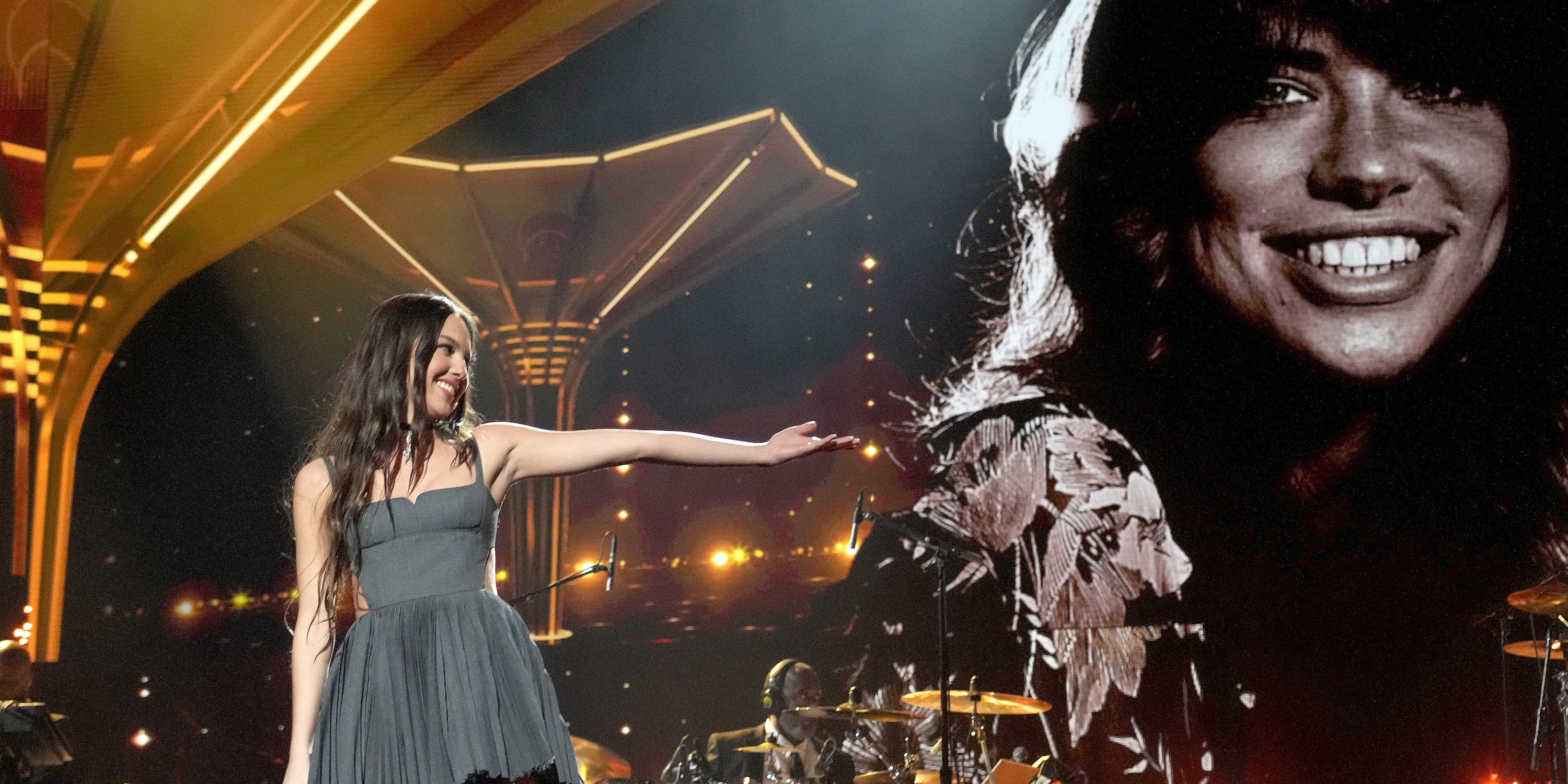 Rock Hall 2022: Watch Eurythmics Perform “Sweet Dreams (Are Made of This)”