Stevie Nicks has announced a handful of solo dates, adding them amid her co-headlining shows with Billy Joel later this year. She’ll start in California in March, performing throughout the spring and concluding with a few performances in the fall. Find her dates, including those with Billy Joel, below.

Nicks’ upcoming gigs are her first shows since the death of Christine McVie, her close friend and longtime bandmate in Fleetwood Mac. The songwriter and keyboard player died unexpectedly in late November after a short illness, according to her family. Nicks called McVie her “best friend in the whole world since the first day of 1975” in her social media tribute to her collaborator. 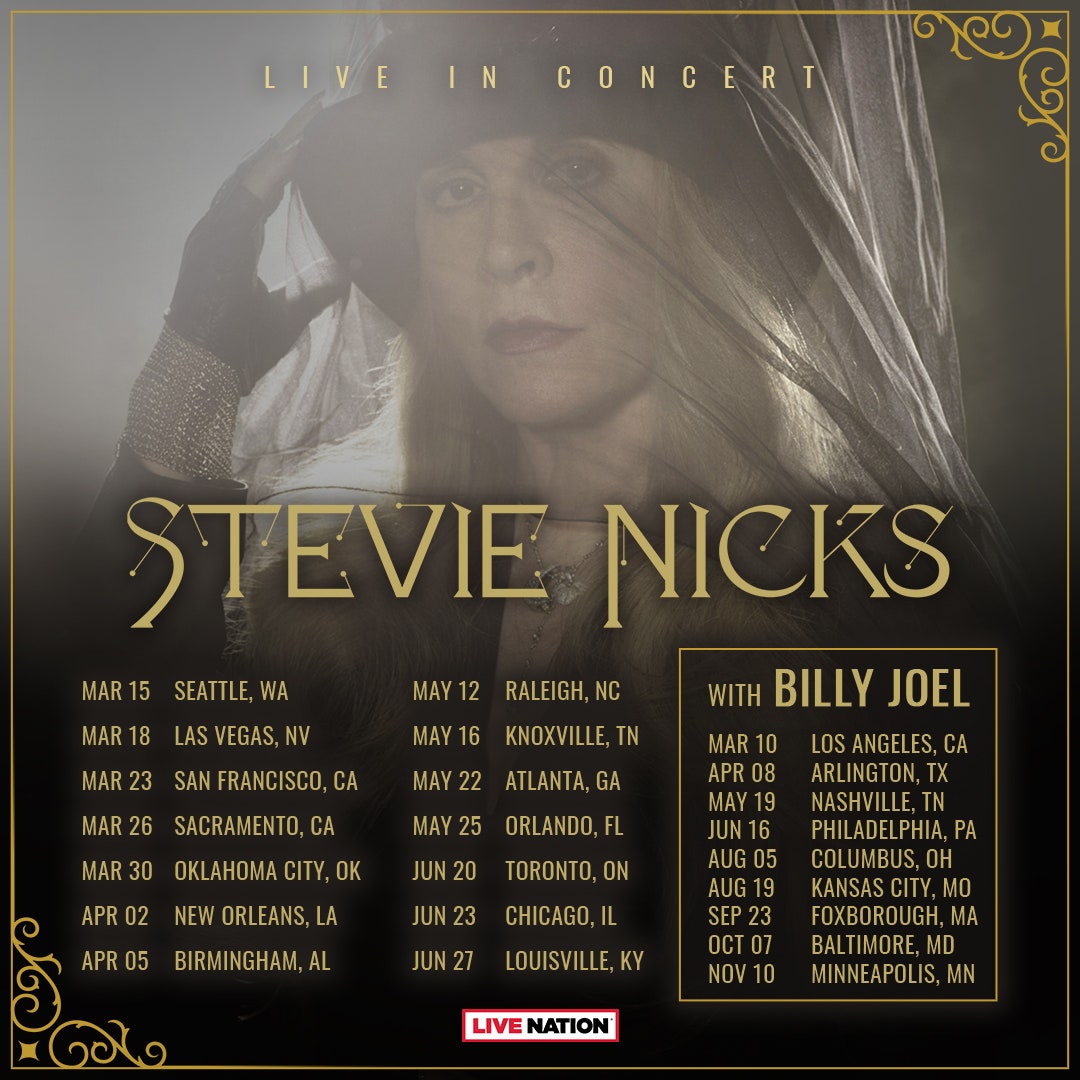